27-year old Iyzat Hamdan is true supporter of Harimau Malaya, following the side whenever and wherever he played. He is one of the founding members of a support movement to the national team, which grew from a small collection of supporters into the Ultras Malaya, whose passion and unyielding support shook the region during the recent AFF Cup. A loyal supporter of Selangor FA and the Malaysian National Team, Iyzat provides a unique insight into the fan culture of his nation: 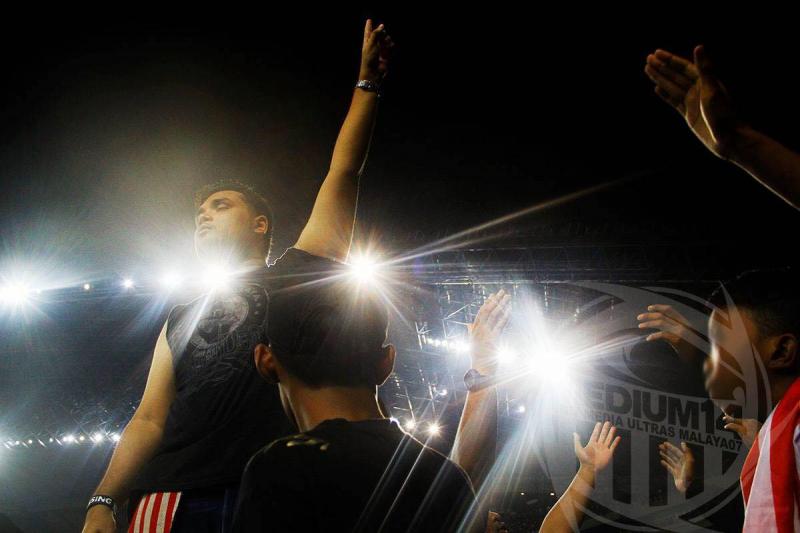 As you are among the earliest individuals who started the Ultras Malaya, please tell us - how did this supporter group come into being?

The Ultras were formed on a forum medium on harimaumalaya.com as early as 2007. It was aimed to support the national team in the darkest days of Malaysian football history, after a shameful defeat in the Asia Cup (2007), a tournament which Malaysia was hosting.

Ultras Malaya first stepped foot into the Malaysian football scene in 2007. What challenges did you face during the establishment of the group?

The creation of the ultras in Malaysia happened through different phases. Originally starting from a small group, the support picked up after the AFF 2010 trophy win, and after the "event" in 2015 (protests against the Football Association of Malaysia after the national team lost 10-0 over UAE). It is in line with the fight to uplift football in the country. Every one of these incidents has changed the landscape of Malaysian football. 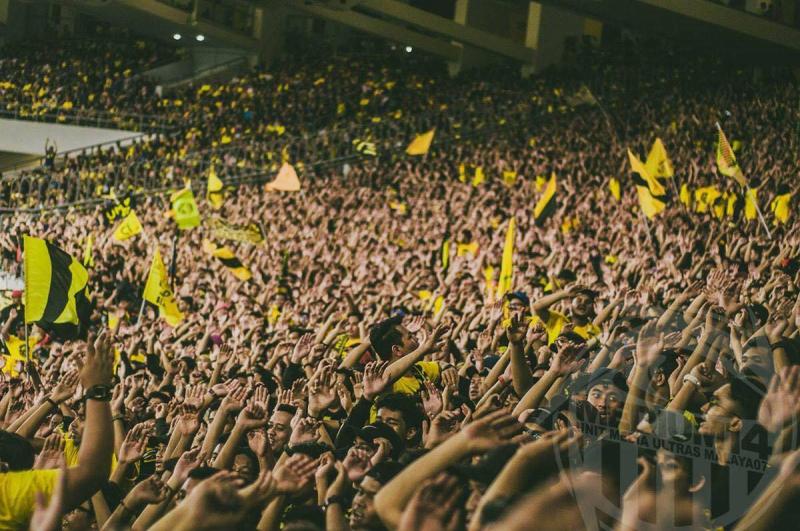 Ultras don't only exist in Malaysia but also in European countries. In Europe, it is always associated with the culture of violence - fights, racism, and vandalism. In Malaysia, the Ultras'  behavior has received criticism from social media users, for chanting negative slogans about other nations. Can you comment on this?

This culture appears to be the same throughout the world, in an external sense. However, internal to every ultra group in the world are specific characteristics and identity. Condemnation from the media? It's not a barrier for, we will keep supporting the team [in our way].

Undeniably, Ultras Malaya brings a positive impact, as the driving force behind fan support for the national team. However, do you think it is possible to transfer that level of support and passion into domestic football?

The football culture in Malaysia has not yet reached the level of such in Europe, and that level of support has not reached domestic clubs and states. Football (in Malaysia) as a whole has yet to reach the level where we can compare with European countries or Japan. The supporter’s mentality in Malaysia is still about supporting the team only when the team wins. It is a mentality or culture that cannot be changed as a whole in Malaysia. As we can see, if the club is bigger and their achievements are good, the stadium will be filled with supporters. Here we see that this support culture still in the stage of "if you win, you get our support" rather than supporting and being behind the team at all times. It may take a time to develop this passion. 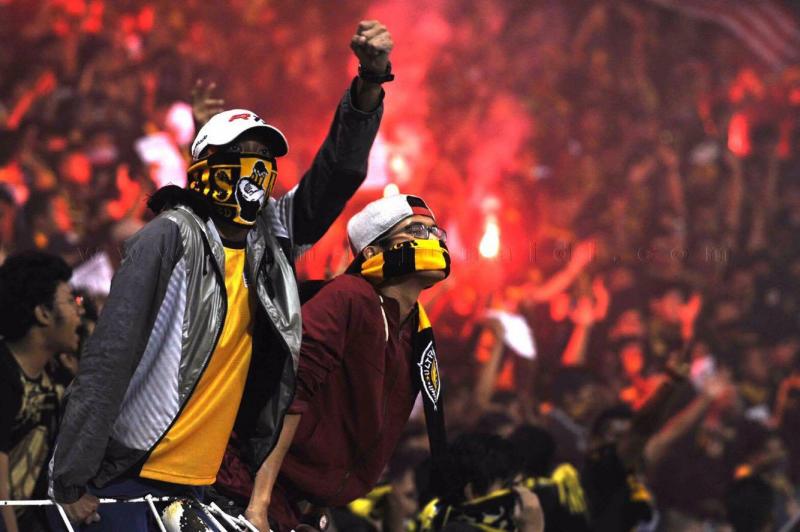 There is an issue involving (U23 coach) Ong Kim Swee, where domestic football clubs do not want to release their players to the AFF U-22 Championship in Cambodia as this tournament is not on the FIFA calendar. What are your thoughts on this competition between domestic and international football?

The national championship (AFF U-22 championship) is a platform to highlight new young players. It should not be an issue where club or state teams do not want to release their players. It should be a good opportunity for coach Ong Kim Swee to look for other young players to be featured at this competition so that more talents can be brought through.

The Selangor Football Association (FAS) is now under the ownership of Raja Muda Selangor, DYTM Tengku Amir Shah. As a supporter of Selangor, what is the transformation that RMS has taken to Selangor football?

FA Selangor is undergoing a transformation under the leadership of Raja Muda Selangor, DYTM Tengku Amir Shah. They have demonstrated commitment and are working towards more professional management and towards sustainability for the team. Perhaps it can not be achieved in a short time, and it will happen step by step. So far, in my opinion, they are doing very well in terms of management. 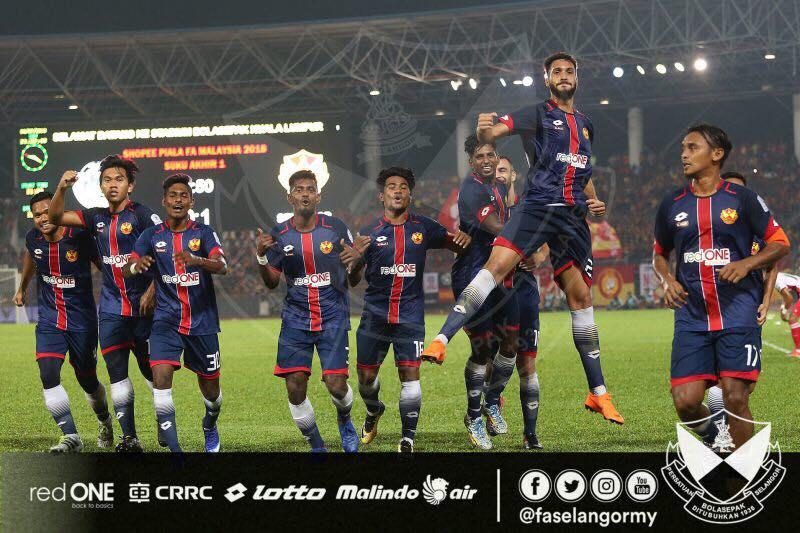 What is the expected of this Selangor side after RMS takes over?

The achievement cannot be measured within a year or two. It should take time so that it happens gradually. The supporter will likely wish for more success in the short term. But the club should be given time to make the moves necessary to bring success more in the long term. The word is sustainability. That's important to ensure the survival of the team to stay intact in Malaysia football.

Selangor has a great history in the local football arena. Holding the record for the most wins in the Malaysia Cup, currently at 33 times. Selangor looks more concerned about short-term achievement, what about long-term achievement?

In a short-term achievement, as it was before, [the situation was like] win Malaysia Cup [one year]. and then next year there is no stadium to play in. The club then needed to use another stadium due to their unstable financial position. As I said earlier, as our supporters we want sustainable success. This is the new beginning for FAS (Selangor). We have to give space and opportunity for them to move in the long run so that success will come in the future. 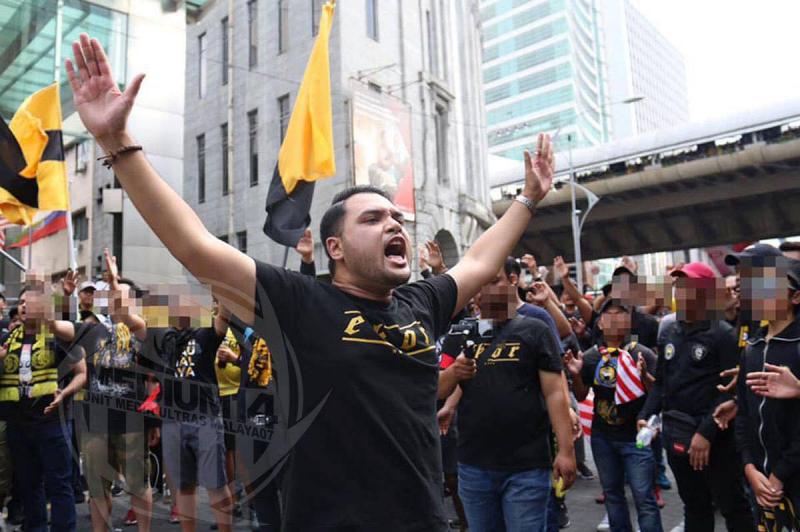 Apart from the exchange of management and good relations with supporters, Selangor has also appointed B.Sathianathan as head coach for the season. Under his control, Selangor has recorded three draws and one defeat. Is B.Sathianathan the right person to manage Selangor?

In terms of management, FAS has done very good work. Particularly their engagement with supporters has been excellent. But in a technical aspect, I think the coach (B. Sathianathan) and team need to be given space and opportunity. It [has only been] four games.

What is the advice for football fans in Selangor and Malaysia?

My advice is to please come to the stadium, creating an unparalleled support culture. Create a winning mentality in each of your teams. Supporters are the backbone of a team. Without the supporters, a team will not be able to survive in this football scene. Supporters must be present, supporters should use their passion to help their troops towards a brighter future.