In today’s special feature, we take a look at some of the clubs which have undergone a change in identity, ranging from rebrandings to complete overhauls. 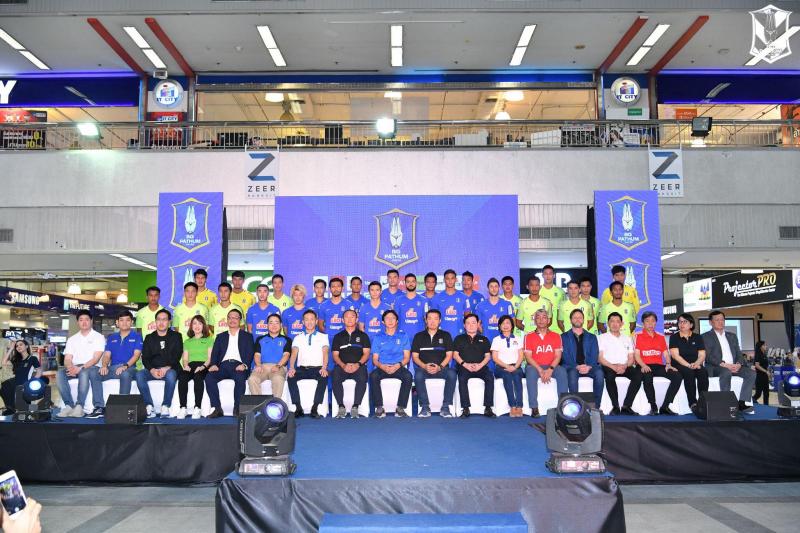 History: Founded in 2006, Bangkok Glass FC competed in the 4th tier of Thai football with semi-professional players who also worked at a bottle manufacturing factory of the same name. The company then took over Krung Thai Bank FC, thus earning the rights to play in the Thai league 1. Known as "The Rabbits", the club was considered as one of the "big five" in Thai football during the early 2010s - winning the Singapore Cup (2010) and the 2014 FA Cup.

Reason for Change: To celebrate the club's 10th anniversary, Bangkok Glass FC decide to change its club colours from green to blue, switch from its iconic artificial turf to a grass pitch, unveil a brand new logo, and complete seven big names signing (breaking the T1 transfer record for the most expensive Thai player with the signing of Thitipan Puangchan). Rumour has it that the owner made these changes after listening to a well-respected fortune teller, although chairman Pavin Bhirombhakdi has come out and labelled the story as "nonsense". With so much going on, Bangkok Glass FC lost its focus on the football and was relegated on the final match day. Kicking off the 2019 season in T2, with the expectation of bouncing straight back to T1, the club made another change to its name and logo. This time reverting to the original design but still keeping the blue instead of the yellow/green combination. As for the name, Mr. Pavin was quoted saying that the club's hierarchy wanted to relate with the local fanbase of "Pathum Thani" better. Therefore, they went for BG Pathum United, uniting the bottle factory and its football aspiration with the community.

Response to the Change: The reaction to the return of the old logo design, albeit with a new colour set, is pretty much well received by most fans. As for the name change it still remains to be seen, and is pretty 50/50 at the moment. 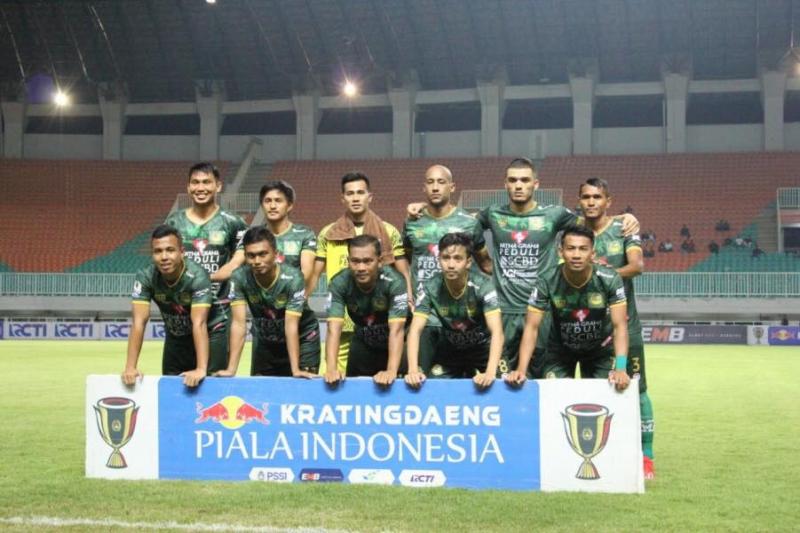 History: The club, which was born with the name PS TNI and owned by Indonesian Military (TNI), was originally founded in 2015 when the corps. celebrated their 100th anniversary. In those days, PS TNI originally was PSMS Medan and a combination of several army football players. But, when the Liga 1 kicked off in 2017, they instead bought the license of Persiram Raja Ampat, one of a clubs in Papua, so they could play in the highest division. Many people didn't like this move, seeing it as a short-cut to play on the top-tier.

Reason for Change: PS TIRA moved Bantul, Jogjakarta in 2018, as they couldn't use Pakansari stadium which renovated and used for the 2018 Asian Games. TIRA means ‘TNI dan Rakyat’ or ‘Military and Peoples,’ and shows the spirit they want to be associated with as a fully-professional club. However, the club failed to attract fans in their new city, and moved back to Bogor this season to use Pakansari stadium again. They then chose to merge with a Liga 3 club, Persikabo Bogor, who have a big fanbase. The club also signed a long contract with Bogor City Government, as to allow them to stay in the area for the foreseeable future.

Response to the Change: In their very first match with their new identity, which took place a few days ago in the Piala Indonesia, the Pakansari stadium was almost empty, and once again the club failed to draw interest and encourage supporters to come. Kabomania, the supporters of the original Persikabo, refuse to attend TR-Persikabo matches as they declared their loyalty to the old club in a supporters’ gathering days when the new team launched. 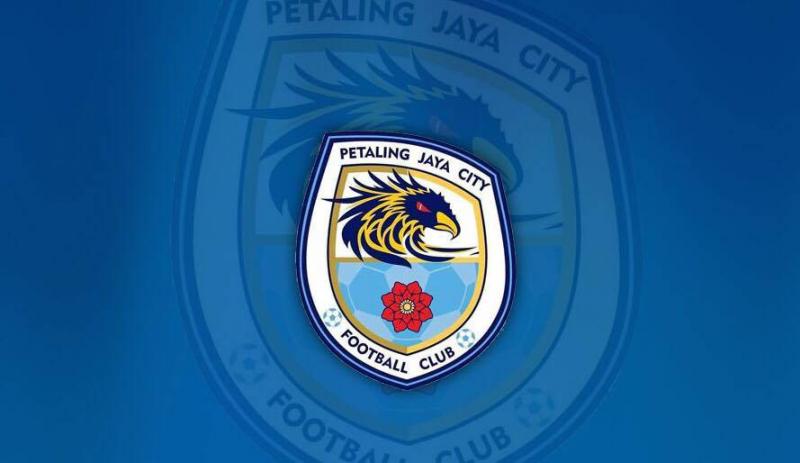 Reason for Change: MIFA has now been rebranded into the Petaling Jaya City Football Club (PJ City FC) after the team's management was taken by the QI Group, who is also a partner of English Premier league giants Manchester City through their business product, Qnet. As for the nature of the move, QI Group executive chairman, Datuk Seri Vijay Eswaran, claimed that the new company have "taken over from MIFA," but "they will still exist as a feeder to source for players and also oversee development."

Response to the Change: Seeing as this is a new club, there was no major response to the club's change, although a few fans are questioning their new logo and club official colour. Although their logo resembles Premier League club Manchester City FC, the team was actually taken over by the Qi Group, who are just sponsors of Manchester City. Despite the connection, it seems unlikely that PJ City FC is one of the teams under the City Football Group (CFG), which currently includes as the New York City, Melbourne City and Yokohama F Marinos along with parent club Manchester City.

History: Pattaya United was formed when a club in the north of the Chonburi, known as Bang Phra FC, moved to the province's largest city in search of greater exposure and success. Under the stewardship of the Khunpluem family, who also own former Thai League champions Chonburi FC, the club struggled as a 'second priority' to their benefactors when financial troubles hit. After changing hands a few times, the club was eventually sold to businessman Tanet Panichewa, who overhauled the club's management structure. Under coach Surapong Kongthep, the side reached managed two consecutive 8th place finishes in 2017 and 2018.

Reason for Change: Pattaya United's "transformation" into 'Samut Prakan City FC' followed reports that the side would have to move their home venue, as the municipality was unwilling to make the necessary infrastructure upgrades, with the stadium's floodlights being a particular issue. However, this later seemed like a little more than an excuse for the owners to move the club to Samut Prakan, a province on the outskirts of Bangkok where they held strong political ties and business interests. Upon their move, the club's hierarchy immediately aligned themselves with local power brokers and began construction on a brand new, purpose built 32,000 seater stadium. The owners later insisted that the move was necessary if they were to become a force in the Thai League.

Response to the Change: There has been considerable backlash to the move, since it left Pattaya without a club to support at a time when things were genuinely looking good for the club. Fans in Samut Prakan will welcome the arrival of the club, with only a T4 outfit currently in the province. However, the last top division club in the area, Super Power Samut Prakan, chronically struggled to attract fans through the gates, which may not bode well for the new club if they fail to hit the ground running. 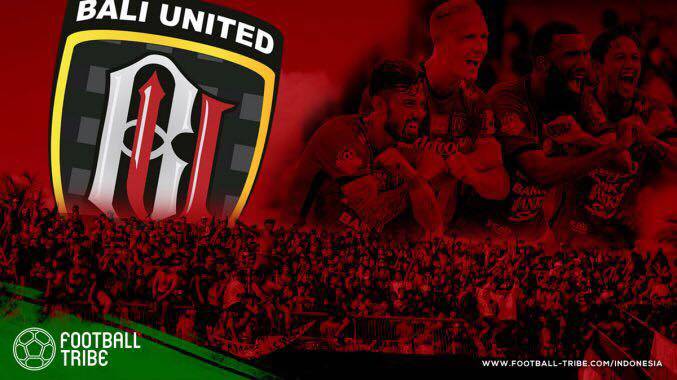 History: Originally the club located in Samarinda, East Kalimantan, the club moved to Bali island and changed their identity into Bali United in 2015. Putra Samarinda was founded 1989 and merged with Persisam in 2003. The two clubs were complete opposites in terms of structure, as Putra Samarinda was a corporation-private club who played in Galatama, while Persisam was a government-public club which played in Perserikatan.

Reason for Change: To improve their marketability and higher chance of success, Persisam Putra Samarinda declared their new name and relocated to Bali. Meanwhile in Samarinda it emerged that the club's supporters, Pusamania, were outraged by the move and declared that they would make a bigger club of their own in response to the crisis. They would form Pusamania Borneo FC, which later became the Borneo FC which currently plays in the Indonesian top division.

Response to the Change: Not like the other ‘ghost clubs’ (a nickname for new clubs which appeared suddenly), football fans in Bali were very welcoming Bali United as there were no Balinese clubs in the top-tier. The island's traditional clubs, like Persegi Gianyar, had managed to reach only as far as Divisi Utama (Liga 2). The island also have a now defunct club, Bali Devata, which played in the IPL (Indonesian Premier League), a temporary breakaway league in the nation.