Join us as we look back at the most important, memorable or iconic moments in South-East Asian football in 2018. 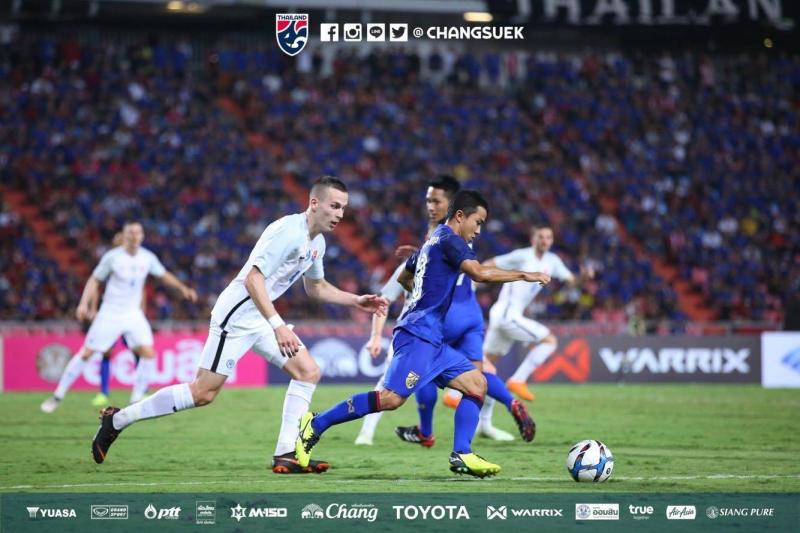 In hindsight, the King's Cup in late March 2018 has become a rare glimpse positivity in a year where Thailand was knocked out at the semi-final of the AFF Suzuki Cup, despite being labelled as one of the favourites. Since most of the "FIFA day" friendlies were against tougher opposition in preparation for the 2019 AFC Asian Cup, Milovan Rajevac's men weren't outplaying anybody - every victory was a hard fought one. For the 2018 edition of this international tournament, the likes of Slovakia, Gabon and United Arab Emirates were invited - all of them with a higher FIFA ranking than the host.

In order to reach the final, Thailand had to first face a Gabon side featuring star players such as Southampton's Mario Lemina and led by ex-Real Madrid and Spanish national team head coach José Antonio Camacho. With all the foreign-based players available, Thailand played well and it was a tight game between the 2 sides. The War Elephants maybe should've even won it in 90 minutes after Pansa Hemviboon's long shot rattled the crossbar. Or when Nurul failed to convert his one-on-one chance after Theerathon Bunmathan, left winger on the night, put him through on goal. Gabon lost 4-2 in the shoot-out with Kawin Thamsatchanan saving "Les Panthères" first two penalties. The Thai keeper was living up to the hype after his move to Belgium 2nd tier side OH Leuven. 2004 King's Cup winner, Slovakia, prove to be a much stronger opponent, leading 2-0 after 34 minutes thanks to Hertha BSC's Ondrej Duda and PAOK's Róbert Mak. midfielder Jakkaphan Kaewprom pulled one back before half-time, encouraging the team to go for the equalizer with Chanathip Songkrasin at the heart of everything good in the attack that night.

Unfortunately, Slovakia restored their 2-goal lead via Erik Pačinda and even though Pansa made it 3-2 with 11 minutes remaining, it was too little too late. Slovakia, captained by Martin Škrtel, won their 2nd King's Cup trophy. Although a victory would've been great, it was pleasing to see Thailand being so solid against bigger oppositions. The fans excited and happy with the hunger and quality of play shown by the players. Rajevac has eliminated our defensive frailties, and Thailand can new compete with the big boys. It was this moment when things started to clicked and Thailand looked ready for the long-awaited "next step". 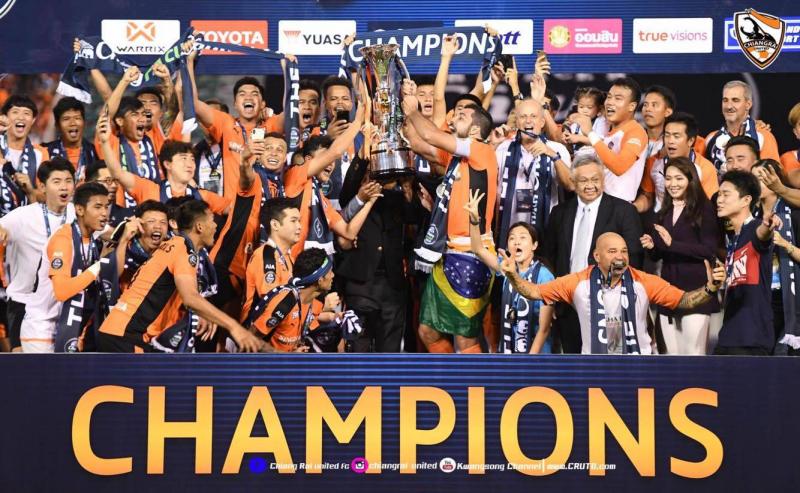 2018 was another year where the domestic football scene is dominated by Buriram United. The Thunder Castles ran away with the league title, breaking their own record for most points (87) for a consecutive season. They also broke their own record for most league wins and reached the last 16 of the AFC Champions League. A monopoly could potentially kill competition. Without competition, football isn’t fun and fans lose interest. Buriram United, who won the league 5 times in the last 6 years, needed competition.

That competition comes in the form of Chiangrai United, led by their former head coach Alexandre Gama. The Brazilian mastermind won the FA Cup and League Cup in his debut season (2017), which was an impressive accomplishment. However, he still took the team further still by winning the Champions Cup, Thailand’s equivalent of the English community shield, as well as the FA Cup and League Cup, sealing a remarkable domestic treble.

It’s not only the results that deserve a mention, but also how Gama managed to build a team with many emerging Thai talents. They might not be the prettiest but they get the job done. It’s clear to see the winning mentality instilled into players such as Chaiyawat Buran, Phitiwat Sukjitthammakul and Shinnaphat Leeaoh, all of whom matured greatly in the last 2 seasons. Chiangrai United won three out of their four encounters against Buriram in 2018, with two of which in cup finals. The team can be proud of their achievement and for proving that Buriram United, although extremely strong, can still be conquered. 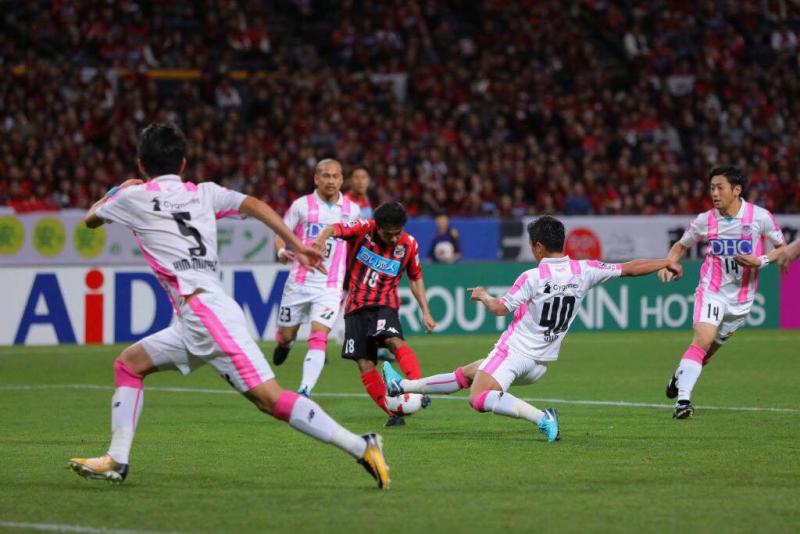 Every fan wishes to see their favourite players succeed, move on to a bigger clubs and play with better teammates. This year, Thai fans are spoiled, as they got to see four of the nation's best footballers move abroad. Teerasil Dangda and Theerathon Bunmathan were loaned out to J League sides Sanfrecce Hiroshima and Vissel Kobe respectively. Meanwhile, Kawin Thamsatchanan was signed by Belgium 2nd tier side OH Leuven, a club owned by Thai duty-free giants King Power. Lastly, Consadole Sapporo decided to make Chanathip Songkrasin’s deal a permanent one after impressing the previous season.

Who could’ve had imagined one day we’ll be seeing Thai players running alongside Andrés Iniesta and Lukas Podolski. Or a Thai striker playing over 32 games and scoring goals as his side finished runners-up. The achievement of these 4 players proves Thai players have the right quality and mentality to succeed abroad. Hopefully, this opens the door for many more to come. 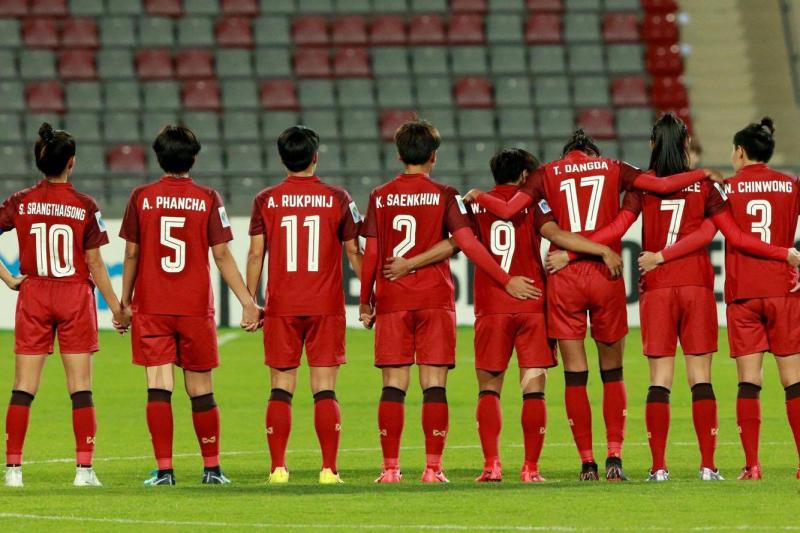 Thai women's qualify for the 2019 World Cup in France

2018 was another successful year for the Thai women's team, who qualified to next year’s World Cup in France by reaching the AFC Women's Asian Cup semi-final. Head coach Nuengruethai Sathongwien was given time and the opportunity to adjust tactical details as Thailand took part in the Four Nations Tournament in Foshan, China. The squad finished 2nd over Colombia and Vietnam respectively. A heavy 5-0 defeat away to Australia in March may not look good on paper but it was a huge learning curve for players and staff ahead of the AFC Women's Asian Cup in Jordan.

The “Chaba Kaew” didn’t have a good start to the tournament though, as they were crushed by China 4-0 in the opening fixture. Luckily, things improved against Jordan as Thailand led 2-0 within 6 minutes before finishing the game 6-1 winners. Striker Suchawadee Nildhamrong the standout performer with 2 goals. With confidence growing, Thailand started their decisive group game against the Philippines in style. Experienced attacker Kanjana Sungngoen calmly slotted a penality home in the 28th minute. Kanjana then added her second with a simple finish after a wonderful hold-up play and cross from Suchawadee. By the hour mark, it was 3-0. Creative midfielder Silawan Intamee scored with her second freekick goal of the tournament, rending the Philippines goal mere consolation as the side sealed their progression not only to the semi-final but to the prestigious summer tournament in France.

Thailand managed to take an excellent Australia side to penalities, but ultimately losses to both them and China meant that they finished the tournament in fourth place.Overall the AFC Women's Asian Cup runs and getting to the World Cup is nothing but exceptional. The team have shown evidence of increasing tactical flexibility and squad cohesion. Rising star Suchawadee Nildhamrong is a refreshing addition who offer diversity in attack. And with key members such as Silawan Intamee, Taneekarn Dangda and Pitsamai Sornsai starting to show their full potential, it’s interesting to see how far this squad can go at the World Cup. 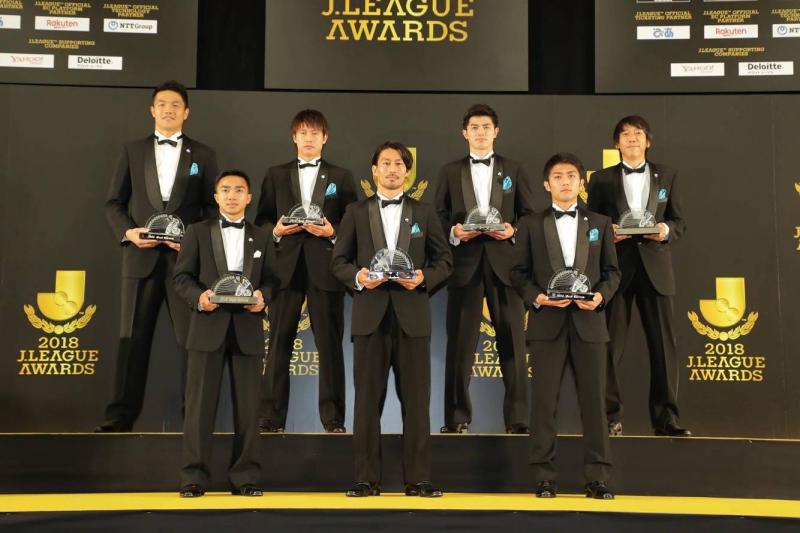 Having players featuring consistently in the J League can only benefit Thai football, and this season no one stood out more than Hokkaido Consadole Sapporo’s Chanathip Songkrasin. The attacking midfielder, nicknamed “Messi Jay” after the Barcelona star, initially signed on loan in 2017 before the club made cashed in to make the deal permanent this July. Chanathip netted 9 times from 31 appearances, finishing with his best ever goalscoring tally for a season in Asia's most prestigious divisions.

New head coach Michael Petrovic’s decision to ditch the 4-3-3 for the 3-4-2-1 benefitted Chanatip tremendously. From a left winger, Chanathip now played more like a inside left forward, linking play and creating chances together with another central attacking midfielder. He was no longer isolated on the flank and was able to influence the game better. Take for example his first goal for Consadole, a close-range header against Cerezo Osaka. Or his winning goal in the 3-2 victory over FC Tokyo where he exchange passes just outside the penalty box before firing a powerful shot into the net. Chanathip's effort was greatly appreciated by teammates as he won the club’s MVP award, voted by the players themselves. Chanatip was instrumental in helping Consadole finished 4th, their best ever top-tier position. He was named FA Thailand Men’s Player of the Year and included into the J League Best XI for 2018. This was a true testament to Chanathip’s quality and showed that he deserves to be playing in Asia's best league.