After years of regional dominance, Thailand stare down the barrel of defeat after their elimination at the hands of Malaysia. With the AFC Asian Championships looming over the horizon, the War Elephants can’t waste time ruing the missed opportunity. Football Tribe Thailand’s Obb Deewajin explains the five things Thailand can take away from this disappointing loss at the Rajamangala Stadium. 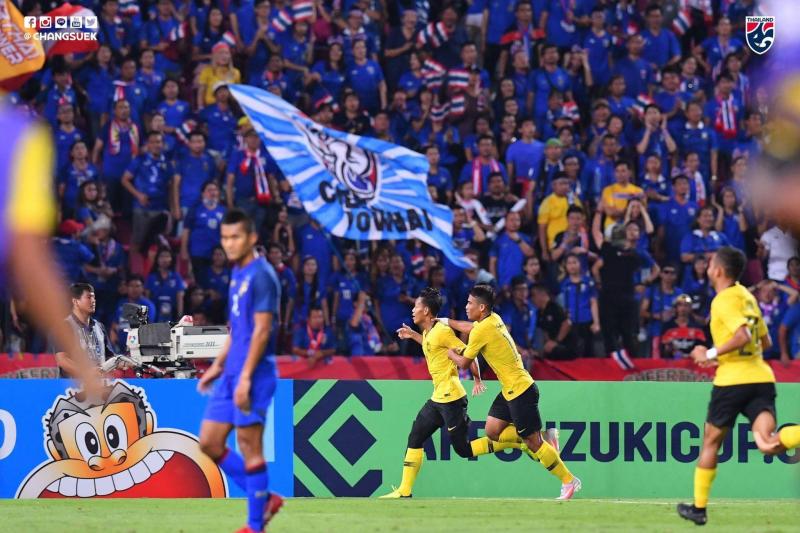 In the past, Malaysia have been known for their direct and aggressive attacking football. However, Tan Cheng Hoe has reinvented the Harimau Malaya's philosophy, playing patient, possession-based football build around a young and exciting group of players. Malaysia's first goal is a true testament to Tan Cheng Hoe's achievements. The movement started from Malaysia's penalty box as the defence exchange passes, drawing the Thais attack into a press. This left a vacuum of space in the middle of the park which was exploited with a vertical through ball. Left-winger Supachai Jaided, too slow to return to defend after his high press, handed Syahmi Safari space and time to fire in his screamer. 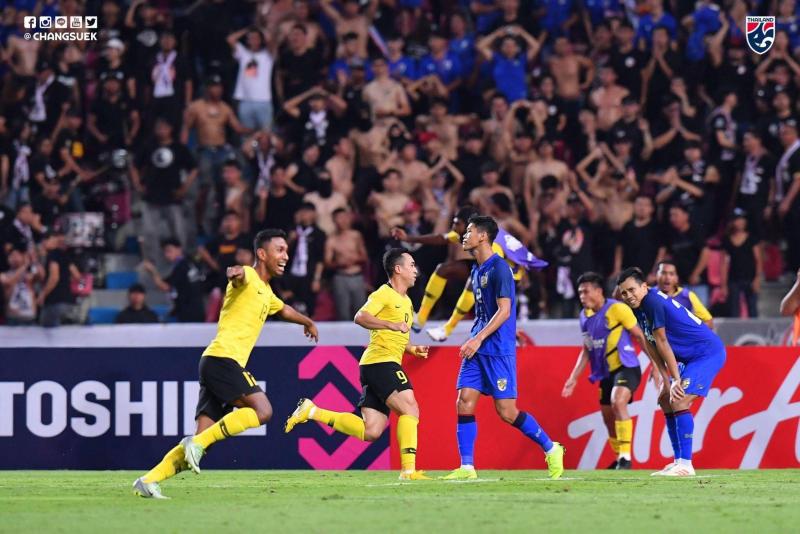 Tanaboon Kesarat was completely overrun by the far more energetic Malaysian midfielders. Pokklaw Anan was brought on as a makeshift defensive midfielder and was partly at fault for Malaysia's second goal. He should've gotten tighter and been more aggressive when trying to win the ball back from the throw-in. Unfortunately, that didn't happen and it an easy cross by Syamer Kutty. Captain Chalermpong Kerdkaew was caught ball watching, which left Norshahrul free on his own, who levelled it up at 2-2. Rajevac may want to look for more aggressive alternatives heading into the Asian Cup next January. 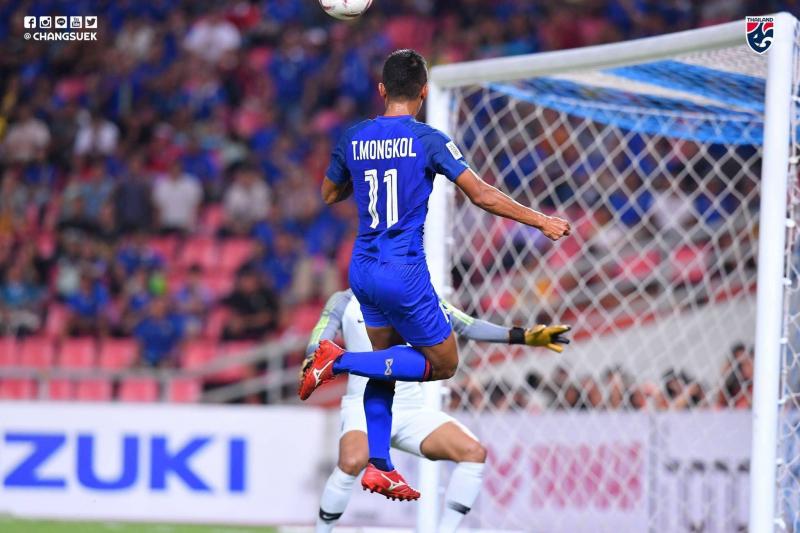 Rajevac made 2 changes down the right flank from the first leg. Mongkol Tossakrai came in for Nurul Sriyankem while Philip Roller replaced Mika Chunuonsee at fullback. Both changes seemed to solifify Rajevac's attacking intention. However, in hindsight, Rajevac probably wishest aht he didn't make the changes. Nurul's inability to link up play centrally meant he was isolated most of the time. His touch was heavy and he lost possession on many occasions before being replaced by halftime. At the same time, Roller just couldn't handle Safawi Rasid's trickery, getting himself booked in the 38th minute and was later sacrificed for other offensive option. Thailand failed to create any chances from the right during the entire half, mostly due to these changes in personnel. 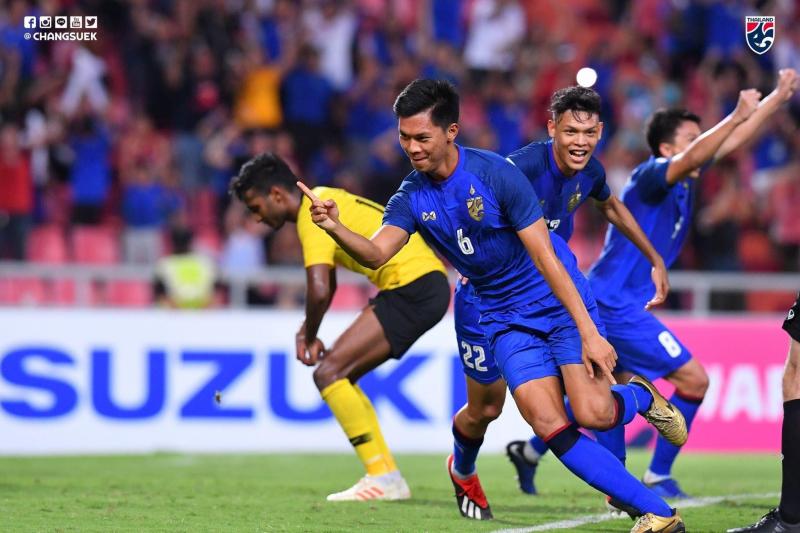 Thailand demonstrated their dead-ball threat with another set-piece goal from Pansa Hemviboon, which was the centreback's third of the tournament. It's nice seeing goals from freekicks and corners, but at the same time, it can be said that Thailand are getting worse in possession, particularly in our capacity to build up from the back. During Kiatisuk Senamuang's era, midfielders such as Sarach Yooyen were given a license to roam around, knitting play, recycling possession and dictating the game. However, Thailand traded that freedom away for a structured and pragmatic approach. Thitipan Puangchan, a fantastic box-to-box onced ignore by Kiatisuk, now thrives under the current regime and has become one of the squad's most outstanding performers. While he is definately a fantastic player, breaking down defenses isn't his best quality, especially when his midfield partner is only passing sideways and backwards. How many times have we seen Sanrawat Dechmitr surrounded by 3 opposition players in the number 10 position, isolated, or having to drop deep. There is no right or wrong way to win a football game, but there are ways to crush teams while by being pragmatic. Rajevac has mastered defensive stability, now his next task is to improve our offensive powers. 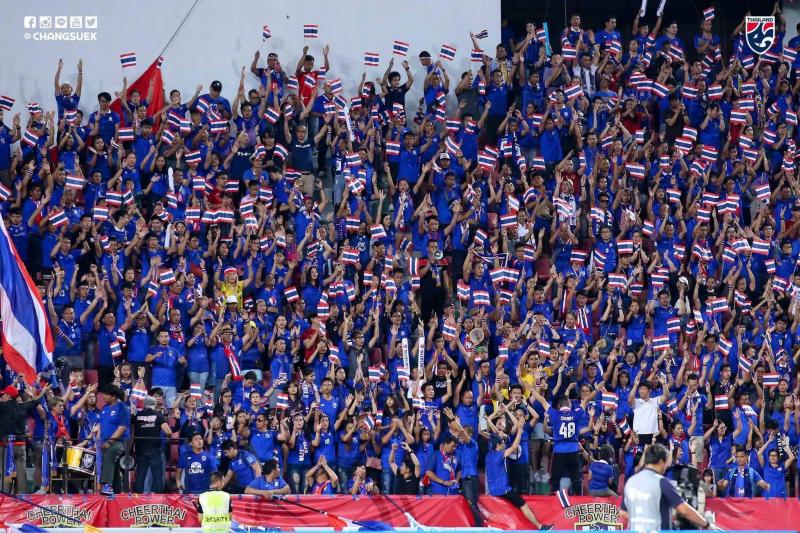 Great Effort by the Home Supporters

Many were left moaning after only 8,700 supporters turns up for the Suzuki Cup opener against Timor-Leste. A lot has also been said about low attendances during the domestic league fixtures. Since then, the Thai FA has been doing their best to get fans active, and they managed to achieve their objective this week. A total of 46,157 enthusiastic supporters were present at the Rajamangala stadium, singing their hearts out fir the entire game and creating a beautiful atmosphere. And even though the final result may not be what the home crowd wanted, they certainly did their part and deserve the credit.