Bengaluru FC inspirational skipper and captain Sunil Chhetri described the inaugural Hero Super Cup final as “one of the best game of my life” after scoring two goals to help his team beat East Bengal 4-1 at the Kalinga Stadium.

Ansumanah Koramah pulled off a stunning overhead volley in the 28th minute to give East Bengal an unlikely lead in the game after Gurpreet Singh failed to deal with a corner.

The pressure finally paid off when Rahul Bheke lost his marker Kromah to head in from the corner in the 39th minute to give Bengaluru FC the much-needed equalizer.

But East Bengal was dealt a serious blow just before the halftime mark when Samad Ali Mullick was red carded for an unnecessary high elbow into Subhasish Bose’s face and the referee gave him the marching orders.

Back in the second half, 10-man East Bengal tried to contain Bengaluru FC but with the introduction of Toni Dovale in place of Erik Paartalu, Alberto Roca went for an all-out kill as East Bengal started to look vulnerable defensively.

On the 68th minute, Bengaluru found the stroke of luck as they were awarded a penalty after Gurwinder handled the ball inside the box in an attempt to clear a corner.Sunil Chhetri stepped-up to spot to send the keeper the wrong way as Bengaluru FC lead 2-1 in the night.

With a nose ahead in the game and 10-man East Bengal looking for an equalizer left gaping holes in the East Bengal defence as Bengaluru started to tighten the noose with Toni Dovale and Victor Perez synchronised attacks in the final third to create a flurry of chances.

In the 71st minute, Victor Perez neatly threaded a pass to Miku who sidestepped his marker Eduardo to unleash a powerful shot beating Ubaid as Bengaluru started to show their elixir of class with another theatrical display of dominant football.

With 3-1 up for the night, the catastrophe for East Bengal was finally completed when Sunil Chhetri scored his second of the night in the 90th minute with a perfect header from Udanta’s cross as 4-1 scoreline lay testimony to the victory that was never destined to be comfortable, it was, in the end, convincing as Bengaluru FC lifted the Hero Super Cup 2018 trophy. 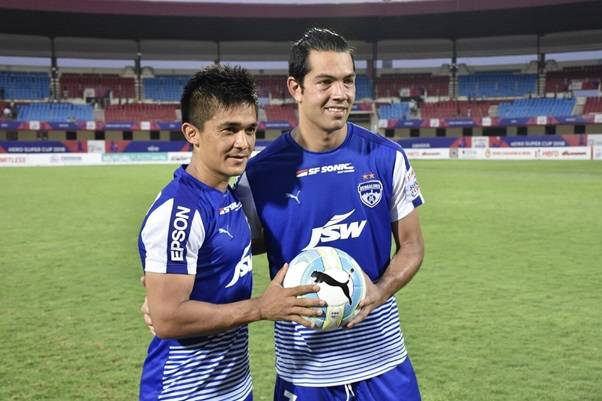 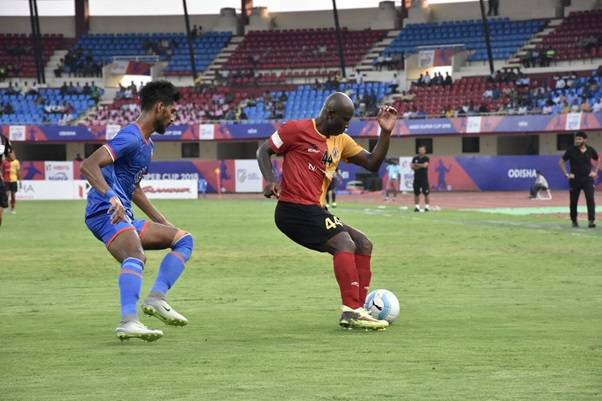 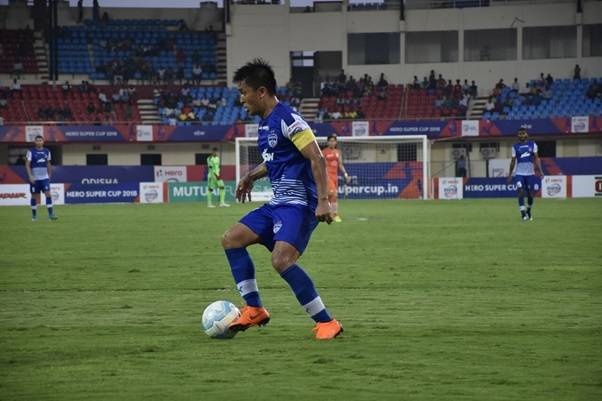