Due to years of chronic mismanagement, Singapore football is in the doldrums. Thailand, on the other hand, are without a doubt the top team in South-East Asia now. The statistics below show the stark contrast between Thai and Singaporean football. 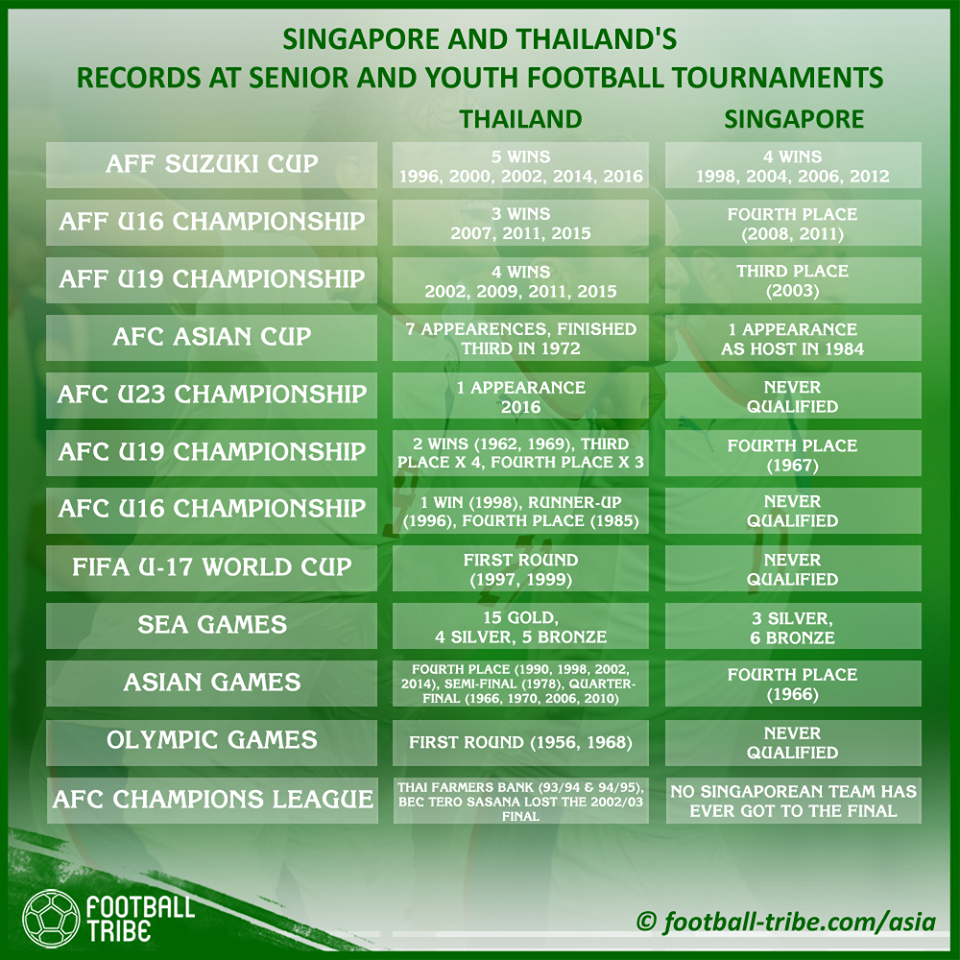 Thailand has won the AFF Football Championship title five times, while Singapore has won four, but while Thailand won it back-to-back in 2014 and 2016, Singapore failed to advance to the knock-out round in these two tournaments.

The War Elephants has already made 7 appearances in the AFC Asian Cup, while Singapore made just one appearance as hosts back in 1984. Thailand also participated in the Olympic Games twice (1956 and 1968), and Singapore have never qualified to play in the Olympics.

Thailand have also won a staggering 15 gold medals at SEA Games, while Singapore have never won it.