Nine footballers from the senior team get a call-up to this U-22 team, including Aung Thu (Yadanarbon), Nanda Kyaw (Magwe), Than Paing (Chin) and Yan Naing Oo (Shan).

The KBZ Bank Cup is seen as an opportunity for the young White Angels to prepare for the upcoming 2018 AFC U-23 Championship qualification, as well as the 2017 SEA Games, which will be held in July and August, respectively.

Myanmar U-22 will play against Cambodia U-22, Hong Kong U-22 and a Japanese university football team in the KBZ Bank Cup.

In the 2018 AFC U-23 Championship, they will face Australia, Singapore, and Brunei. 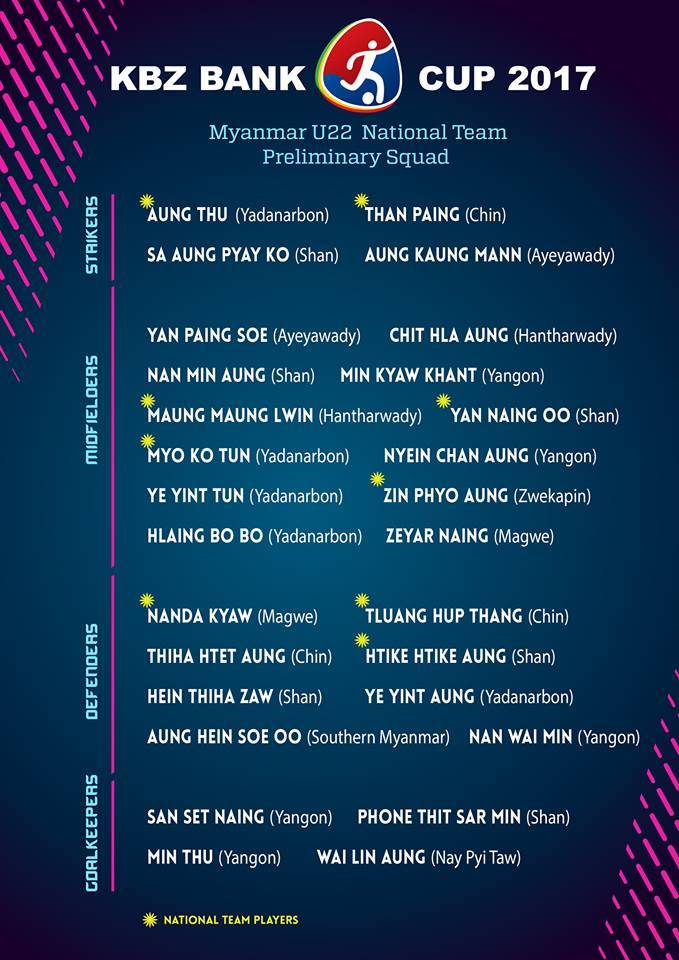