The J.League and Japanese national broadcaster NHK will put the spotlight between the posts on Sunday in a special “goalkeepers only” broadcast of the Meiji Yasuda J1 League match between FC Tokyo and Urawa Reds.

The live broadcast, which will air on a sub-channel of the publicly-viewable NHK BS1, will be split into four frames featuring specialized camera positions as well as visualized tracking data.

One camera on each side of the pitch will show the attacking side’s approach, while two more will focus on goalkeepers Akihiro Hayashi of FC Tokyo and Shusaku Nishikawa of Urawa Reds. 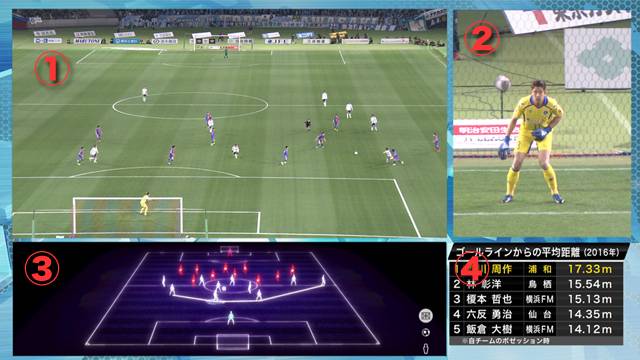 In addition to in-depth statistics and animations, the bottom portion of the screen will show viewer-submitted questions which will be answered by special commentators and former Japan internationals Masakuni Yamamoto and Nobuyuki Kojima.

The broadcast, titled Complete Marking! Goalkeeper! in Japanese, is the latest effort by the league to innovate their broadcasts in the first year of their landmark deal with online streaming platform DAZN.