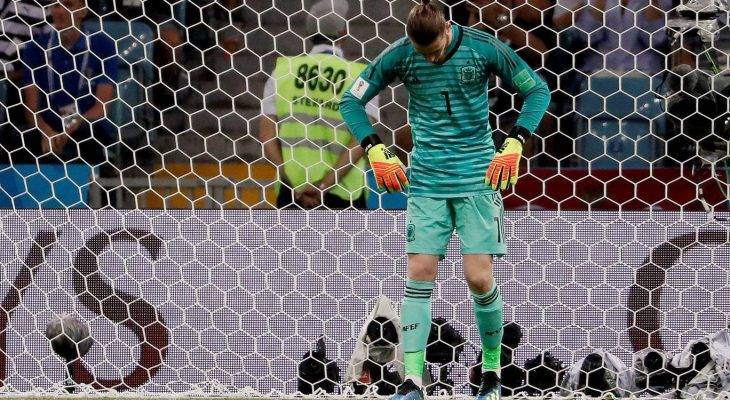 Could do nothing for Ronaldo’s early penalty, but an absolute howler for his second, and unsighted for his third. Not his finest 90 minutes. Whether or not you had David De Gea ranked No. 1 in the world before that error against Portugal, his second in three games for Spain, the absolute truth lies neither in that utterly sensational display for Manchester United at Sevilla in this season’s Champions League nor in his practically inexplicable error that turned a match that Spain were dominating with panache into one in which they had to overturn a 2-1 deficit.