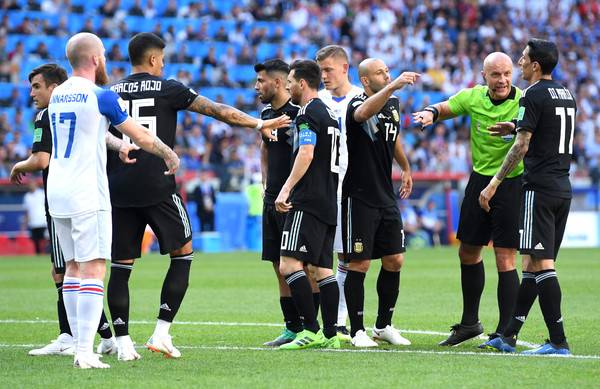 That Argentina XI looks really poor, to be honest. A midfield pairing of Biglia-Mascherano(?) looks lethargic and brings no real drive. Rojo somehow a starter despite playing less than 10 times for Manchester United last season. Meza will be interesting to watch but leaving out someone as talented like Cristian Pavón and  Paulo Dybala is certainly a questionable call.

Cristian Pavón is a fast, direct goal threat who is good at occupying, and attacking through, wide channels. At least give Iceland a different – and more difficult -skill sett to account for. His main skill is his short and fast dribble which, along with his determination to go up to defenders looking for one-on-one situations, if given his due opportunity by Sampaoli, Pavon can light up the World Cup.