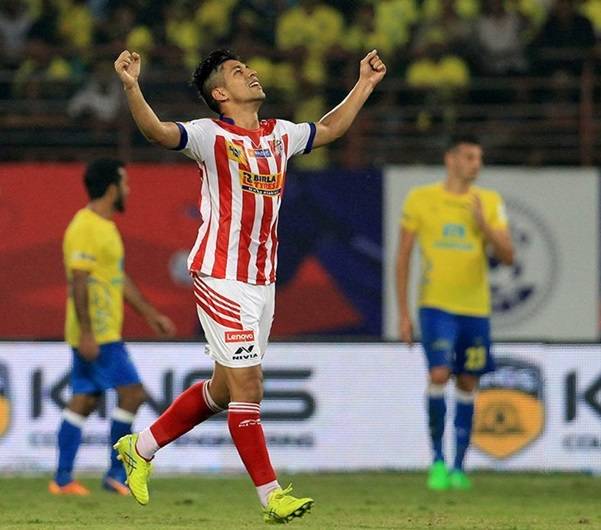 Arata Izumi arrived in India as a Japanese import in November 2006 to join East Bengal as a foreign player.

The dynamic midfielder who played in India as a foreign player between 2006-2012 gained Indian citizenship on 24 August 2012 to be eligible to play for Indian National team due to his Indian roots from fathers side.

The versatile midfielder had a reasonable debut season with East Bengal and had an injury-marred season with Mahindra United in the following 2007-08 season.

Arata Izumi finally found his foot in Indian football when he joined newly promoted I-league side Pune FC.Arata showed his brilliance in the 2010 season, with his good first touch, dribbling skills and excellent technical ability to construct an attacking movement, retain possession in tight spaces and create space to penetrate defenses.

In 2015 Arata joined Indian ISL side ATK and was inspirational in 11 games with 5 goals.Arata produced a stellar performance in the same season to coming off the bench as a substitute to score two late goals on 84th and 90+2 minutes to give ATK a crucial 3-2 away win against Kerala Blasters at Kochi.

Arata surprisingly opted to play for NEROCA FC in the 2016-17 season in the I-League second division to “remain visible” in the ISL bidding process.

He was bought by Kerala Blasters in the 6th round of ISL players draft. But the 35-year-old had a below-par season with Kerala Blasters as Arata was forced to play in an unfamiliar position as a defensive midfielder.

Having spent close to 12 years in Indian domestic football and represented Indian National team in 9 appearances in 2014 AFC Challenge Cup and 2013 SAFF Championship, Arata Izumi is definitely one of the top players to have arrived from Japan to have an impact on Indian football.