These are the highest paid footballers in 2020W – who has the biggest bank account of them all?

Although COVID-19 may have brought financial turmoil and widespread pay cuts to the game, the elite footballers remain some of the wealthiest athletes on the planet.

Forbes’2020 ranking of the 100 top earners in sport includes 14 footballers, as earnings for the best-paid athletes dropped for the first time since 2016, with the figures including prize money, salaries and bonuses earned between June 1, 2019 and June 1, 2020, but the full-year salary is counted for players who have contracts running to the end of the 2019/20 season.

The Real Madrid skipper accumulated more than £16m last season, primarily through his massive contract at the Bernabeu.

Ramos earned around £14m through salary and winnings and another £2.2m from endorsements, with the 34-year-old enjoying sponsorship deals with Nike and Belgian-Brazilian drinks company AB InBev.

Now we know why the golf-mad Welshman is happy to stay put at Real Madrid regardless of how the entire football world is looking at him and his antics. And no wonder Real Madrid can’t wait to get rid of a player who has long been out of their plans.

Bale, whose deal at Real runs until 2022, earned £14.6m in salary and £4.1m from endorsements last year. NOt too bad for a player who’s hardly made any decent appearances on the pitch.

Sanchez spent the 2019/20 season on loan at Inter and Manchester United eventually agreed to let him leave on a free transfer to clinch a permanent deal with the Italian side.

The Chilean continued to earn massive wages while out on loan, taking in £18.6m over the last year from his salary and £0.7m from endorsements. United are sure relieved to get him off their wage bill.

When he signed a new contract with United last summer this Spaniard became the highest-paid goalkeeper in the world, which saw him take home £17.2m in salary payments.

Griezmann also raked in £4.2m from endorsements with long-term sponsorship deals with Puma and Huawei.

Oscar’s opportunistic move to Chinese Super League side Shanghai SIPG caused a stir in the football world, raising eyebrows in 2017, with the creative midfielder departing Chelsea in his prime after successfully lifting two Premier League titles at Stamford Bridge.

According to Forbes, the Brazilian more than quadrupled his weekly take-home pay by heading to the Orient, although new salary cap rules mean he won’t be able to renew his current salary, which earned him £19.5m over the last year.

Life wasn’t always a casual stroll in the park for Pogba at Manchester United since he made his return from Juventus in 2016, but his bank balance certainly says otherwise.

The Frenchman earned £17.4m from his salary and another £4.1m from endorsements last year. Pretty decent earnings for an injuries-filled season.

Arsenal fans -would be well cautioned to look away now as controversial Ozil didn’t exactly shine on the pitch for the Gunners in 2019/20, scoring only one measly Premier League goal in 18 appearances,  yet the German continues to rake in a massive salary.

His terms in north London, which run out next summer, earned him £17.5m last year, with another £4.2m coming in from endorsements.

The legendary Spanish maestro ended a 22-year spell at Barcelona to enlist with Japanese side Vissel Kobe in 2018 on a lucrative three-year deal that earned him £20.1m in 2019/20.

Iniesta channeled  another £2.3m into his coffers from endorsements, including Japanese footwear company Asics, besides his winery now being in production for a decade already. Salut!

The talented World Cup-winning PSG forward earned £15.7m from salaries and another £9.8m from endorsements in 2019/20.

Only just 21, Mbappe has another two years left to run on his current deal in Paris and last year Nike released his first Mercurial shoe in December.

Egyptian Mo Salah signed a new five-year deal at Liverpool in 2018, and made £17.5m from his contract over the last year.

Salah is the face of Adidas’ ‘Adicolor’ sportswear line, and earned £9m from endorsements that also include Electronic Arts, Vodafone-USD and DHL.

This flamboyant and colorful Brazilian’s lucrative five-year contract in Paris has another two years left to run, and earned him £53.3m over the last year.

Football’s most expensive player ever also happily raked in another £18.9m through his wide range of endorsements that includes Red Bull, Beats and Gillette, among others.

Messi may be despondent with the state of affairs at Barcelona’s, but the Argentine great certainly can’t be disgruntled with his financial state as he is at least being handsomely rewarded for his astonishing individual efforts and performance as the GOAT, Barca notwithstanding.

The 33-year-old’s salary earnings last year came to £54.4m, while endorsements – he has sponsorship deals with Adidas, Gatorade, Mastercard, Pepsi and Huawei – were worth another £24.2m.

Unquestionably an iconic figure in the world of sport, the Portuguese superstar is the most followed athlete on social media with more than 200 million Instagram followers, and is Juventus’ pin-up star.

Although CR7 actually took a pay cut to go to Italy, there’s absolutely no need to feel sorry for him as Ronaldo’s wages earned him £45.4m last year, not to add in the range of immensely lucrative sponsorship deals, from Nike to Unilever and Herbalife, that b 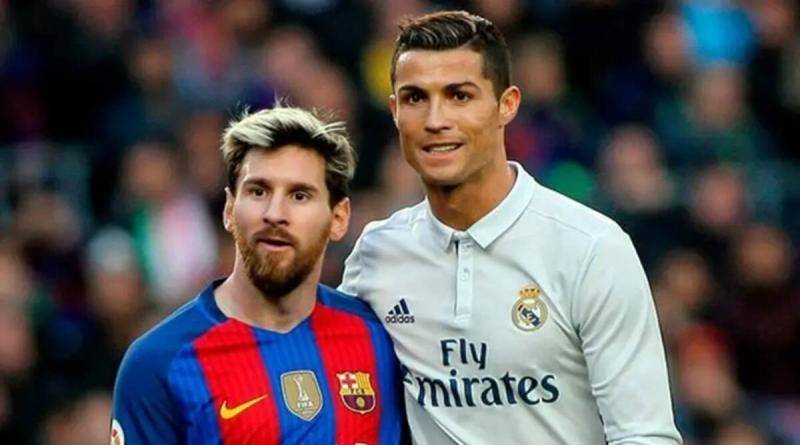 rought him a whopping £34m.