As one of the most youthful and exciting leagues in the world, the Bundesliga is a haven for players in Sports Interactive’s game, Football Manager 2020.

Alongside World Cup winners and international superstars, the Bundesliga provides a platform for some of the best young players from around the world to shine on a global stage. In recent years, rising stars such as Jadon Sancho and Kai Havertz are just two examples of players who have made their name in the Bundesliga.

For aspiring managers and avid FM20 players alike, it is all about finding the next star in the making, so Bundesliga and Sports Interactive have collaborated to find the hottest prospects in German football today.

With Borussia Dortmund’s Gio Reyna and FC Bayern’s Joshua Zirkzee selected as captains, check out what happened when we picked the best young players and played them against each other in an FM20 simulation.

A superb all-round performance from the Team Reyna midfield proved to be the key factor as they prevailed over Team Zirkzee in a pulsating, end-to-end encounter that lived up to the billing around this hotly anticipated clash of the Bundesliga youngsters.

Team Reyna enjoyed the bulk of possession in the opening exchanges and their pressure paid off when Armel Bella-Kotchap’s powerful header gave them the lead after just 12 minutes, the central defender rising highest to meet a Reyna free-kick.

Their joy was short-lived though as Team Zirkzee struck back almost immediately through American striker Josh Sargent. Team captain Zirkzee went on a mazy run from well inside his own half before slotting the ball through to Sargent who lashed it home from the edge of the area.

Matheus Cunha thought he’d restored Team Reyna’s lead just before the 20th minute when he latched onto Reyna’s flick-on and tapped the ball in from close range, but his celebrations were cut short by the assistant referee’s flag. 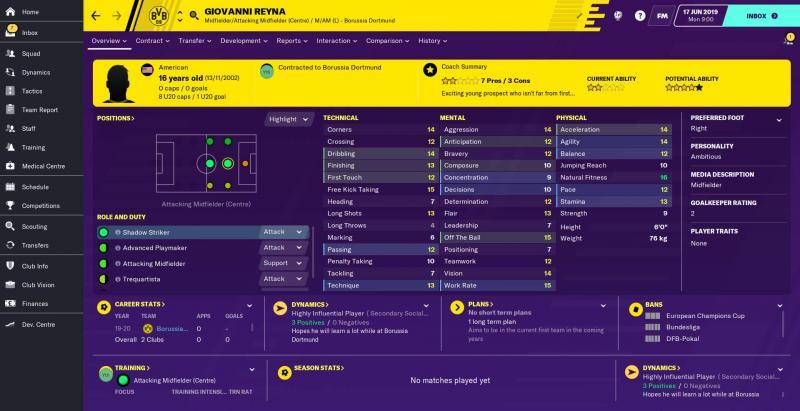 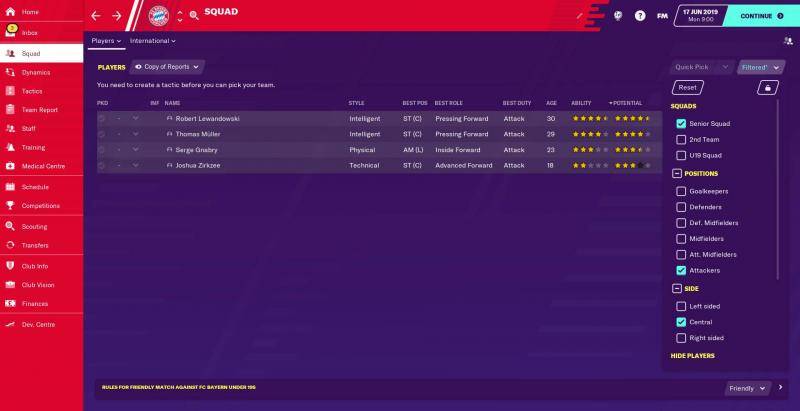 Both sides would go on to miss good opportunities as Sargent shot straight at the keeper from well inside the area before Sarpreet Singh blasted over from close to the penalty spot following some excellent build-up play from Team Reyna.

Captain Reyna bagged the goal that put his side back on top after just over half an hour of play with a low, driven effort from just inside the area, courtesy of a well-weighted assist from his team-mate Singh.

Team Zirkzee came close to an equaliser through Linton Maina but found themselves 3-1 down on the stroke of half-time when Singh produced a sublime pinpoint cross into the box that was cushioned into the bottom corner by pacy, Welsh winger Rabbi Matondo. Singh’s second assist of the match typified a man-of-the-match performance from the nimble midfielder. 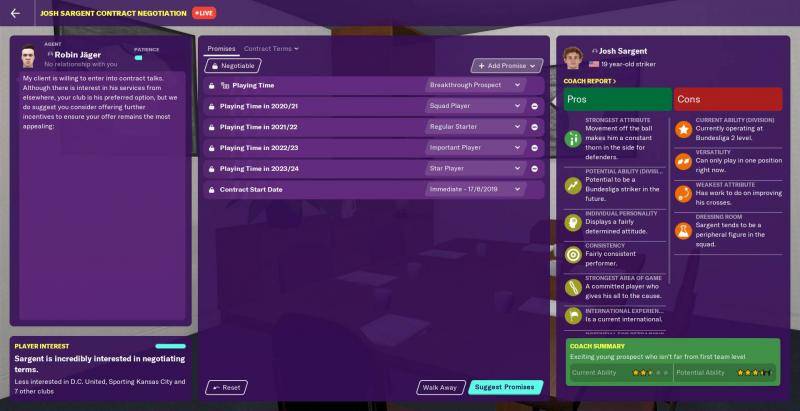 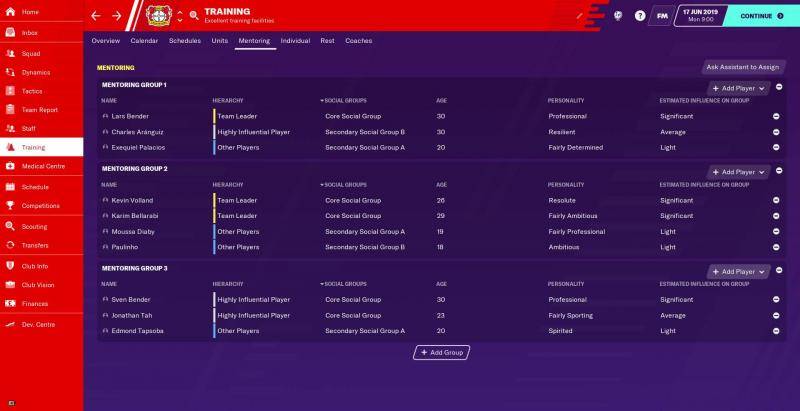 Zirkzee’s team nearly grabbed a goal back just before the end of the first half through Weston McKennie but the American midfielder’s header looped just over the bar. It was a similar story for Jacob Bruun Larsen just after the break as he connected with Sergio Gomez’s corner, but his header also sailed over.

Both sides continued to pepper shots on goal as the play became more open with Paulinho and Maina going closest to finding the back of the net. Paulinho did bag himself a goal with 20 minutes left as he struck a fierce effort from 25 yards that proved too hot for Früchtl to handle.

That should’ve taken the wind out of Team Zirkzee’s sails, but they continued to push forward in search of a way back into the match. Zirkzee himself produced a superb header arrowed into the bottom corner from Sargent’s cross that left Luca Plogmann with no chance and made for a very nervy last 10 minutes for Team Reyna.

Gomez went close to adding a third goal for Team Zirkzee but curled his effort just wide of the post in the last meaningful action of a match that offered plenty of glimpses into the exciting potential that these players have.

To find out more about Football Manager 2020 and to build your Bundesliga-winning team, visit https://www.footballmanager.com.