Petaling Jaya FC announced new kit for the 2020 season, using the colours of sky blue for the home kit and vibrant red for the away kit, which also features hexagons inspired by the patterns on a football.

The new kit is designed by Puma as the official jersey brand for the club. This is the second year PJ City is sponsored by Puma.

“We chose this design because it represents the strong new team of PJ City that’s ready for the new season,” said the owner of PJ City FC, Datuk Seri Vijay Eswaran, who is also the Executive Chairman of QI Group.

“I’m proud to say that PJ City is privately-owned football club in Malaysia. We are a community football club, we started as MISC-MIFA and this is the second year we are competing as PJ City FC. 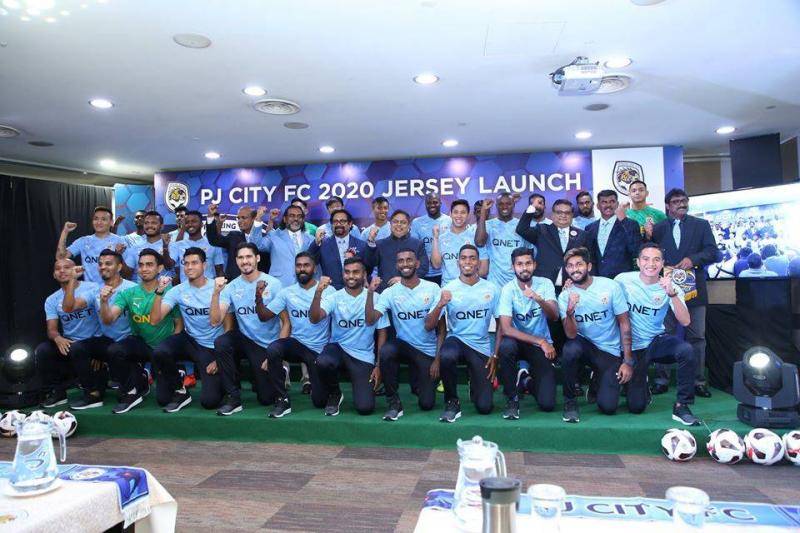 “We are targeting top 5 this season and we hope with the new players, we can deliver the results.”

Coach K. Devan is satisfied with his team so far and he believes his team is raring to go.

“We only retained 8 players and 75 percent of the team is the new players. We have played 9 games in pre-season with 4 defeats but so far I’m satisfied.

“At least this season, we have two good players in every position, especially goalkeepers like Damien Lim and Syihan Azmi.

“We also have bringing in young as well as experienced players like K Gurusamy, it brings balance to the squad and strength from our bench.

“We hope we can achieve a consistent results throughout the season and we hope we can begin with three points against Felda next week.”