Football legend, David Trezeguet believes Juventus will finally win the elusive Champions League trophy, after being unbeaten in all competition this season. 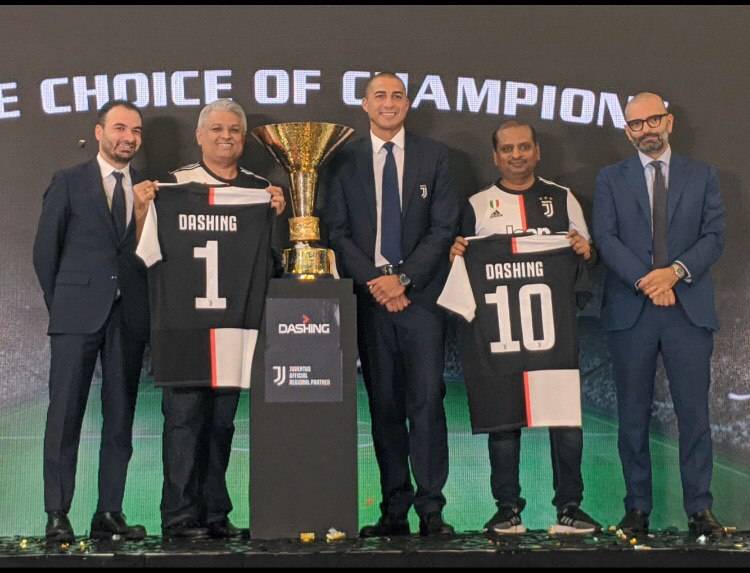 The French former footballer said Juventus coach Maurizio Sarri’s playing style combined with strong performances by Cristiano Ronaldo, Paulo Dybala and Gonzalo Higuain has made them the best team in Europe so far.

“Former coach Massimiliano Allegri has build such a strong team but Sarri’s approach has made Juventus even stronger this season, especially Cristiano Ronaldo, Dybala and Higuain playing together very well.

“They are undoubtedly feeling happy and positive but of course tough time will come, but when that time comes, the team will have to stick together and showed why Juventus is a winning team,” he said to Football Tribe, today.

Trezeguet also said he would love to play with Cristiano Ronaldo and Paulo Dybala as Juventus teammates.

“The whole Juventus team is strong, but if I have the chance to play with the current side, I would love to play with Cristiano and Dybala, they are the kind of teammates everyone wants to play with,” he said.

Juventus has been unbeaten for 13 league matches in a row and unbeaten for five Champions League games, thus automatically qualified to the Round of 16.

David Trezeguet is present in Malaysia as Juventus FC ambassador in conjunction of the official regional partnership between Juventus and Malaysia’s leading brand of male grooming and personal care product, Dashing.

As part of the partnership, six winners from DASHING x Juventus, Buy WhatsApp & Win contest will be flown to Italy for a once in a lifetime opportunity to meet their favourite Juventus players in person as well as attending a live match at Allianz Stadium, home of Juventus.

Fans in Malaysia also will be able to get up close with Serie A trophy, won by Juventus in 2018/2019 season.