Manchester United stars Marcus Rashford and Anthony Martial have been singled out for criticism as being the starting point of problems on the pitch being their attacking players, according to former Arsenal midfielder Stewart Robson.

United suffered a shock 2-1 defeat in the Champions League to least-fancied Istanbul Basaksehir on Wednesday, with the loss coming three days after the Red Devils’ third home defeat in the Premier League already this season, with Arsenal breaking a 14-year jinx to finally claim a 1-0 win at Old Trafford.

The dismal run of form and the most recent losses have once again brought the future of manager Ole Gunnar Solskjaer under huge scrutiny, especially with reports surfacing claiming United had sent feelers to former Tottenham boss Mauricio Pochettino about the possibility of replacing the Norwegian.

Robson insists there is no clear pattern of play to Solskjaer’s side and that it has been the same since he was appointed almost two years ago.

In addition, he also thinks the poor work rate of the front players is a major cause for concern, singling out Marcus Rashford and Anthony Martial for criticism for the way they started up front in Istanbul.

“The best managers, when you look at their team, without even knowing the players, you can say ‘that’s a Jose Mourinho team’ or ‘that’s an Alex Ferguson team’ because they play to a certain pattern,” Robson told ESPN FC.

“They’ve got a pattern of play that they’ve been working on in training, they turn the opposition around to start with, then they buy themselves space in midfield.

“So you know what they’re trying to do and they do it very well.

“When I watch Manchester United, I’ve seen them for a year-and-a-half with Ole Gunnar Solskjaer and I keep saying the same things.

“How are they going to get the ball into those front players? They keep coming into spaces where there is no space, so the midfield players have to go square and back.

“That’s why they’re playing so slowly, because the front players aren’t making any runs, but why isn’t the coach sorting that out?

“Why isn’t he getting the right game plan? In the Arsenal game and tonight, when the ball changed hands Manchester United’s effort to win it back was really poor.

“If they lose possession, Rashford and Martial today when they lost possession, the ball may have only been two or three yards away from them, there was no effort to try and win it back again.

“And so, the Istanbul Basaksehir players could play forward and counter-attack.”

Classic Sergio Ramos’ “Get up you son of a b****, stop screaming like a rat” tirade at former team-mate in CL clash 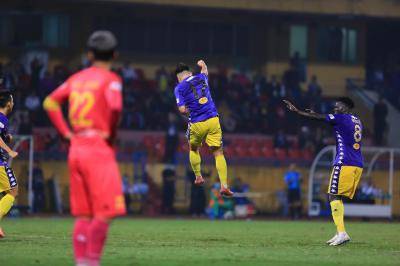