Today’s South-East Asia feature takes a fun look at the topic of superstitions. 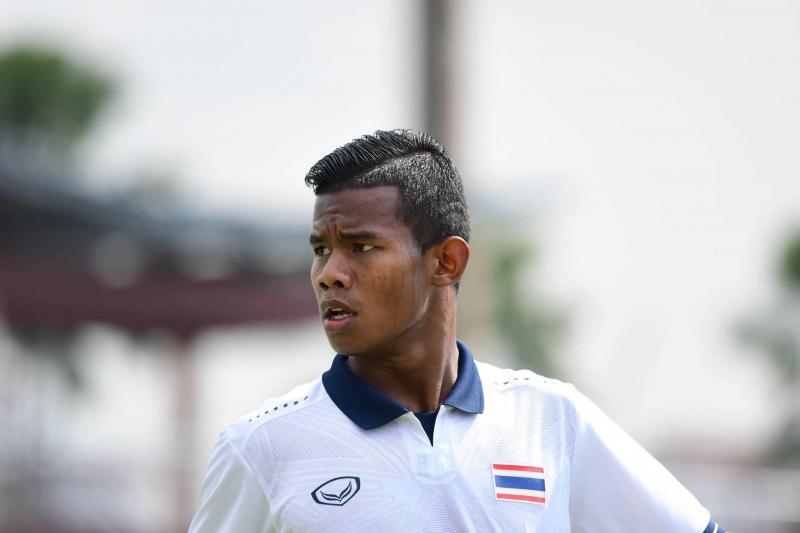 Luck and superstition have always come hand in hand with the Thai national team. Praying for good fortune at a small shrine outside of the Rajamangala Stadium is common practice for players, staff and fans. However, a more interesting ritual many Thai footballers must have gone through is the 'Bon'. This is basically the act of making a 'spiritual' contract or deal with a temple or religious figure that the player worships, creating a stronger bond than normal praying.

One of the 'bargains' made by players when making a 'Bon' is to run around the pitch when what you asked for comes true. For example, Sasalak Haiprakhon, one of Thailand's hottest prospect heading into the AFF Suzuki Cup for the first time, is a known 'Bon' maker. During the 2017 SEA Games could see him leading his teammates and staff jogging around the pitch 5 times after beating Vietnam. And recently midfield maestro, Sanrawat Dechmitr, has come out and said he had made a 'Bon' to win the AFF Suzuki Cup trophy at an extremely sacred temple. Sanrawat didn't mention the name of that particular temple or what he had to offer in return but if his wish come true, Thailand may have a technique they can use to find a route to the world cup. 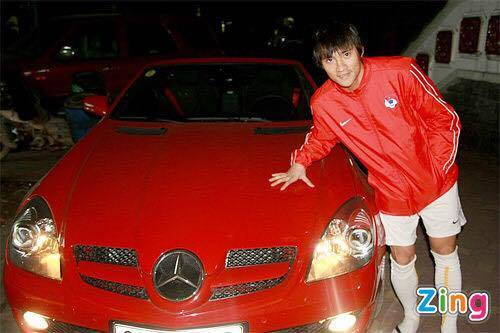 In Vietnam, many superstitions happen before each football match. However, the most special case must be that of Le Cong Vinh in 2010. In that year, he suffered a knee injury and needed a surgery to contiue his career. In the same year, he had an incident that resulted in a six-month ban. Thinking that this was down to bad luck, the hero of Vietnamese football decided to change his red car, as he thought that it did not fit with his his Feng Shui. After changing his car, he returned to football stronger than ever, earning a move to Japan in 2013. Up to now, Cong Vinh is the all time top scorer of the Vietnam National Team despite he retiring from football at the end of 2016. 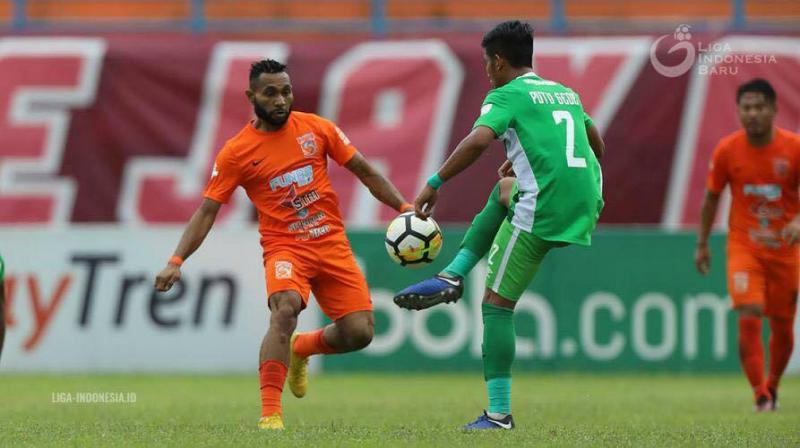 Indonesia never runs out football talents from Papua, one of them, Titus Bonai, currently plays for Borneo FC in Liga 1 Indonesia. Commonly known as Tibo, he began to steal public attention when he was played for the U-23 Indonesian National during the 2011 SEA Games. But one thing may differentiate Tibo from the average striker is his unique ritual every time his team gets a set-pieces situation.

Tibo will get into the goal of opposite team, shaking their nets, and then get out to find a good place to convert the set-piece’s scheme into a goal. In one interview Tibo admit that what he did isn’t mystical or superstitions, but serves as motivation, suggesting that the nets will soon shaking because his goal. He has been doing that ritual since 2008. In the match against Singapore during the 2011 SEA Games, Tibo was warned by the referee because of this action, as referee Supresencia Sistido Steve from Philippines was prepared to give him a yellow card if he continued doing it. . 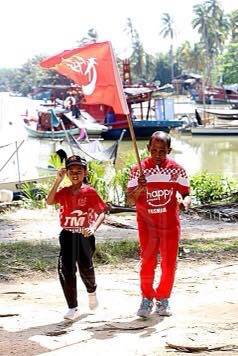 This story may be different from the theme this time, but he is a man who deserves to have his story told due to his love for the game of football.

This is a story about Zarakia Yusof, aged 65, is a hardcore fan of the Kelantan football team. In 2015, he made a vow to run 500 kilometers from the Bukit Jalil National Stadium to the Sultan Muhammad IV Stadium in Kelantan if his favorite team won the FA Cup at that time. Zakaria, better known as Pok Ya Rambo, said he was confident Kelantan would win the FA Cup this time to realize his dream of running from Bukit Jalil to Kota Bharu. Pok Ya also pointed out that his age was not a problem and he was optimistic that the mission would end within seven days with an average running distance of 70 kilometers a day.

Pok Ya, who is also the grandfather of the 13 grandchildren, said that his enthusiasm to regain the dream came after seeing the success of a Pahang supporter, Abdul Majid Abdul Hamid, 58, or Pak Majid who vowed to walk from Kuantan to Bukit Jalil. Pak Majid realized his dream after his beloved team won the Malaysia Cup in 2013.